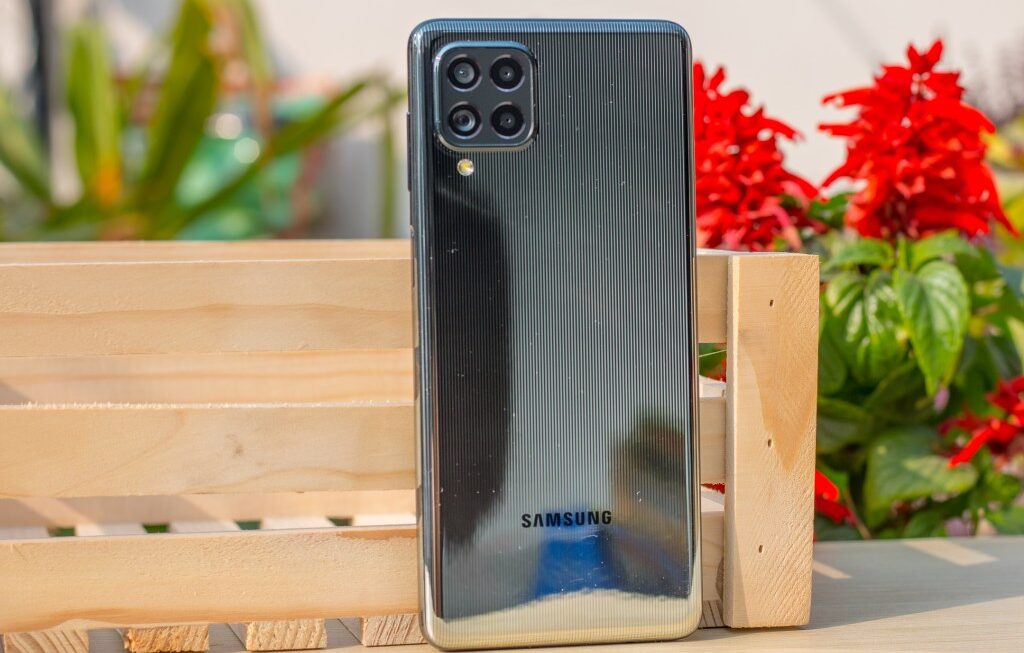 Samsung, A South Korean Company, Since 1980 it is one of the best companies which is known for its electronic devices embedded with new generation technologies. Samsung gives birth to the Samsung Galaxy smartphone series in 2000 which got a lot of praise and topped the best-selling smartphone and still launching its brand new smart devices. Like last year it launched the Samsung Galaxy F- series with Galaxy F41 in October. In February 2021, the company comes up with another mic-drop mid-range Samsung Galaxy F62 smartphone.

Do they think right? No, Samsung never made similar products with different names. Samsung Galaxy F62 has one of the best features as it has the Exynos 9825 processor that ran the Galaxy Note 10 and 10+, the rest are the same as Galaxy M-51 like a 7,000 mAh battery with 25W fast charging, etc. Updgradation in chips makes a huge variation which helps to increase performance and user experience.

Is Samsung Galaxy F62 worth buying or not?

Users can buy this classic smartphone at a mid-range price:

Users can buy any of the above price ranges from the following platforms:

To know more about what are more Galaxy F62 reviews take a look at this review section:

When a user unboxing Galaxy F62, they unboxing their happiness, let see what users will get in the Galaxy F62 Box.

There is no protective case, screen guard, earphones and damage protection insurance come along with the above items in the box. Users have to pay extra money for these things.

Galaxy F62 has not boring design, it comes in an attractive design. Behind its body or in the back you will see reflective verticles line same as model color, which makes it a little longer in size. Charging and OTG point, earphone jack, and speaker found at the bottom of the device. The beautiful square-cut camera array at back, Volume controller buttons on the right side, AMOLED display on the front, and sliding curving edges add more beauty to its design.  User can not take their eyes off because of the build and design of this phone.

Galaxy F62  integrated with 7nm Exynos 9825 octa-core processor with Mali G76 MP12 GPU and has Speed – 2.73GHz, 2.4GHz, 1.95GHz. It gives a less good performance compared with Qualcomm Snapdragon 765G processors used in the Galaxy M series. When it comes to its RAM, the phone has 6GB and 8GB RAM each with 128GB of storage that is enough for playing high-end games without any delay and lag-free. Where ROM can be extended up to 1TB.

When users playing games for an hour, only 10% of the battery is drained as it has a 7000 mah battery. Performance while calling is also excellent, the user would not find any issues. This phone isn’t 5G connectivity, which is its drawback, apart from this there is no other drawback in performance.

The operating system of F-62 is Android 11 based on OneUI 3.1 software which is rare to find in mid-range smartphones. This provides a user-friendly interface that makes it easy to use, there are Pre-installed 3rd party applications that can be uninstalled.

Galaxy F62 comes with a super AMOLED plus display that offers high definition-Resolution of is1080 x 2400 (FHD+), a Color Depth Rate of 16M, and great graphics that give the best viewing experience. The display screen is a 6.7-inch full rectangle / 16.71cm (6.6″) rounded corners which are quite bigger than usual smartphones. Little less in refresh rate and hence it is not a compliment.

The 64 MP primary camera is embedded with Sony IMX682 and has 12MP wide-angle camera, a 5MP depth sensor, and a 5MP macro camera where the front camera is a 32MP. The camera smartly captures every angle and depth. If any photographer lovers want a mid-range phone with a high-definition camera, this phone will capture all their views. This phone works very well and is meant for mid-light or daylight photography. But in some scenarios, it does not work well in the nighttime or in poor light. Video Recording Resolution is UHD 4K (3840 x 2160) i.e 30fps and Users can also record slow-motion video in 480fps, 240fps , 120fps. It is like a demon in capturing pictures and videos.

F62 works very fast, so to maintain its performance company sets the battery range of 7000 MAH. Users can surf the Internet Up to 24,  watch  Video Up to 33, play songs Up to 145, talk (4G LTE) (Hours) Up to 50, and run without break up to 8. This handset comes with a fast-charging adapter of 25W. So not need to wait for a long time to get your device charge.

Samsung is known for being a high-security provider to their users, Galaxy F62 is made with super security systems like lock screen passwords, app locks, fingerprints, and fast face recognizers.  This device’s security is secured by KNOX.

F62 has not been Stereo Supported but users can play video in any format as the device supports MP4, M4V, 3GP, 3G2, AVI, FLV, MKV,  and WEBM with a resolution of UHD 8K (7680 x 4320)@30fps.  Users can also play Audio in numerous formats like MP3, M4A, 3GA, AAC, OGG, OGA, WAV, AMR, AWB, FLAC, MID, MIDI, XMF, MXMF, IMY, RTTTL, RTX, OTA. They also do not face any problem even when the device is connected wirelessly and weirdly But It is observed by some users that the device’s speakers are less loud.

Samsung is a South Korean Company and one of the best companies in Electronic Devices embedded with new innovative technology. Samsung discovers many devices and has a long list of smartphones series. Last year (2020) it discovers a new Galaxy F-series with F-41 in October and recently launched Galaxy F-62 in February.

Galaxy F-series is one of the mid-ranged smartphones of Samsung which is embedded with numerous best features.  But some users think that the Galaxy F-series smartphones are the exact copies of the Galaxy M-series. They think that Galaxy F-41 is the copy of Galaxy M-31 and Galaxy F-62 is the same as Galaxy M-51. These are only rumors, Samsung never made copy products, Galaxy F-series has uniques features, but some features are similar to the M-series. So do not confuse between M-series or F-series as they both have different price ranges, models, and specifications.

You can buy his mid-range smartphone device of Samsung from Flipkart, Amazon, and also from the official website of Samsung India. But before buying, users are advised to know all Galaxy F-62’s Pros & Cons.